So here was my response and the design I submitted.

Now about the work I submitted.

As an online advertisement the body under the sheets and the face on the tablet could be animated when you mouse over the banner. The small banner could collapse on mouse over and also show an animated body and face.

It is of course possible to make several version for different target groups. There could be a guy under the sheets or a shemale or two girls. The slogan would change of course ‘She’ becomes ‘He’ or ‘He/She’. Some extra props could be planted in the visual like handcuffs or lingerie.

Future campaigns could use shadows or use a shower scene (instead of sheets). 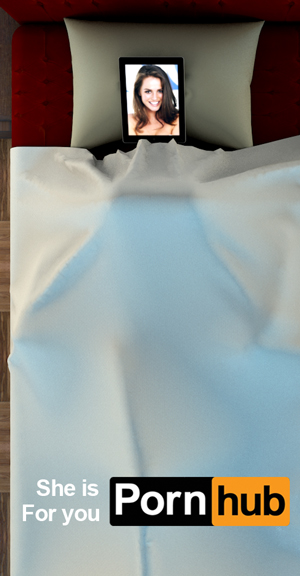