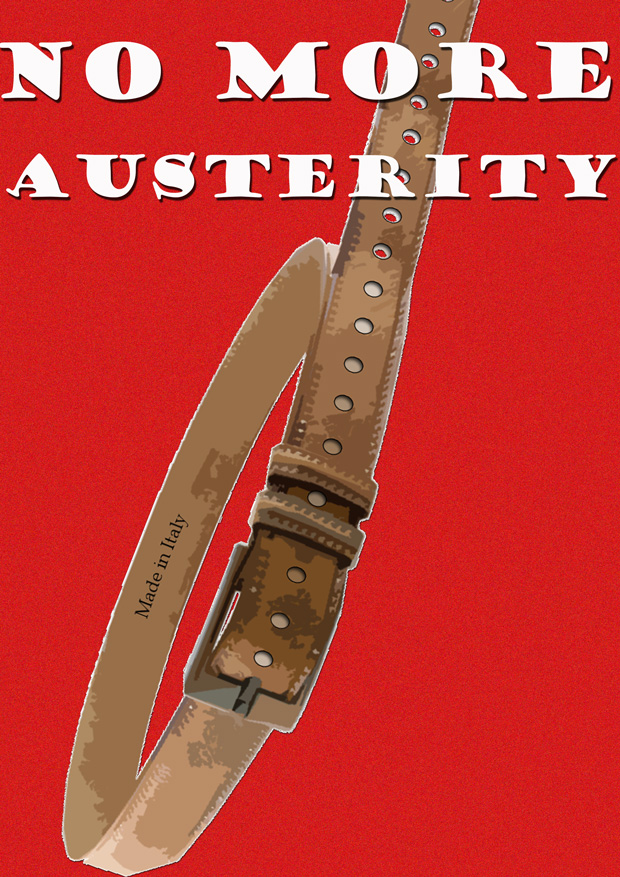 Last week I went to the Overloon museum in Overloon. It is a museum about war. It focuses mainly on World War II and they have some great objects there, especially the tanks are very impressive. They have several Sherman tanks a few Russian and German tanks as well. But what I was most impressed by was their exhibition about propaganda. It consists mainly of Dutch propaganda posters made by the Nazi Regime, but also some posters of the Dutch Government. What I liked about the posters..was not the message off course but how the message was portrayed. They all had a few words and a great illustration that tells the story in one picture. There is not much room for nuance in war posters. So I immediately bought some books about war posters and propaganda. Inspired by those books I made my first propaganda poster.

This poster is about the elections in Italy and the austerity measures that Italians and the rest of Europe don’t want anymore. The text is short and simple “No more Austerity”. The words are cramped in the poster to give a feeling of chocking. The picture is a belt made in Italy. The belt has many holes, this symbolizes the tightening of the belt and the financial sacrifices people have to take. I positioned the belt up so it can be seen as a leash or worse as a gallows. 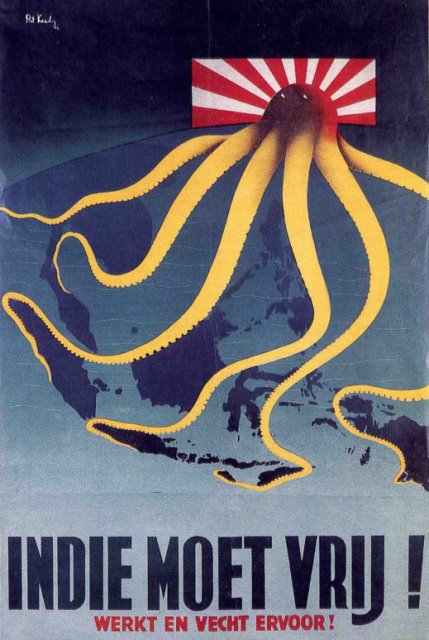 Indonesia must be freed, work and fight for it. Example of Dutch Government war poster.