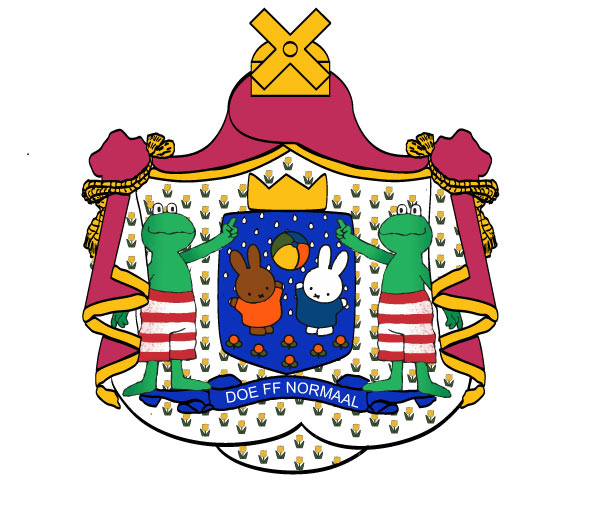 Yesterday I was watching a Dutch comedian called Theo Maassen. In his sketch he was saying how ridiculous the Coat of Arms of the Netherlands  is. Het took out his passport which has the Dutch Coat of Arms printed on it. He remarked that this was the Logo of the Netherlands. This Logo is a condensed version of what we the Dutch stand for. Some of his Remarks:

Ok it is more funny when he is saying it.
He suggested to replace the Lions with frogs and replace the text with a Dutch sentence “Doe FF Normaal”, which means “Act Normal”. So I took his suggestions by the hand and made my a new Coat of Arms for the Netherlands. The result can be seen below:

The Original Coat of Arms:

The Sketch by Theo Maassen in  Dutch: